A pearl buried inside a tightly-shut shell is practically worthless. Government information is a pearl, meant to be shared with the public in order to maximize its inderent value.

The Transparency Seal, depicted by a pearl shining out of an open shell, is a symbol of a policy shift towards openness in access to government information. On the one hand, it hopes to inspire Filipinos in the civil service to be more open to citizen engagement; on the other, to invite the Filipino citizenry to exercise their right to participate in governance.

This initiative is envisioned as a step in the right direction towards solidifying the position of the Philippines as the Pearl of the Orient – a shining example for democratic virtue in the region. 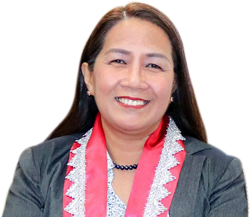 JRMSU is profoundly grateful for your support and confidence in its commitment to the holistic formation of the individual and...